Parkinson’s disease (PD) is a progressive, neurodegenerative disease that presents with significant motor symptoms, for which there is no diagnostic chemical test. We have serendipitously identified a hyperosmic individual, a “Super Smeller” who can detect PD by odor alone, and our early pilot studies have indicated that the odor was present in the sebum from the skin of PD subjects. Here, we have employed an unbiased approach to investigate the volatile metabolites of sebum samples obtained noninvasively from the upper back of 64 participants in total (21 controls and 43 PD subjects). Our results, validated by an independent cohort (n=31), identified a distinct volatiles-associated signature of PD, including altered levels of perillic aldehyde and eicosane, the smell of which was then described as being highly similar to the scent of PD by our “Super Smeller”. 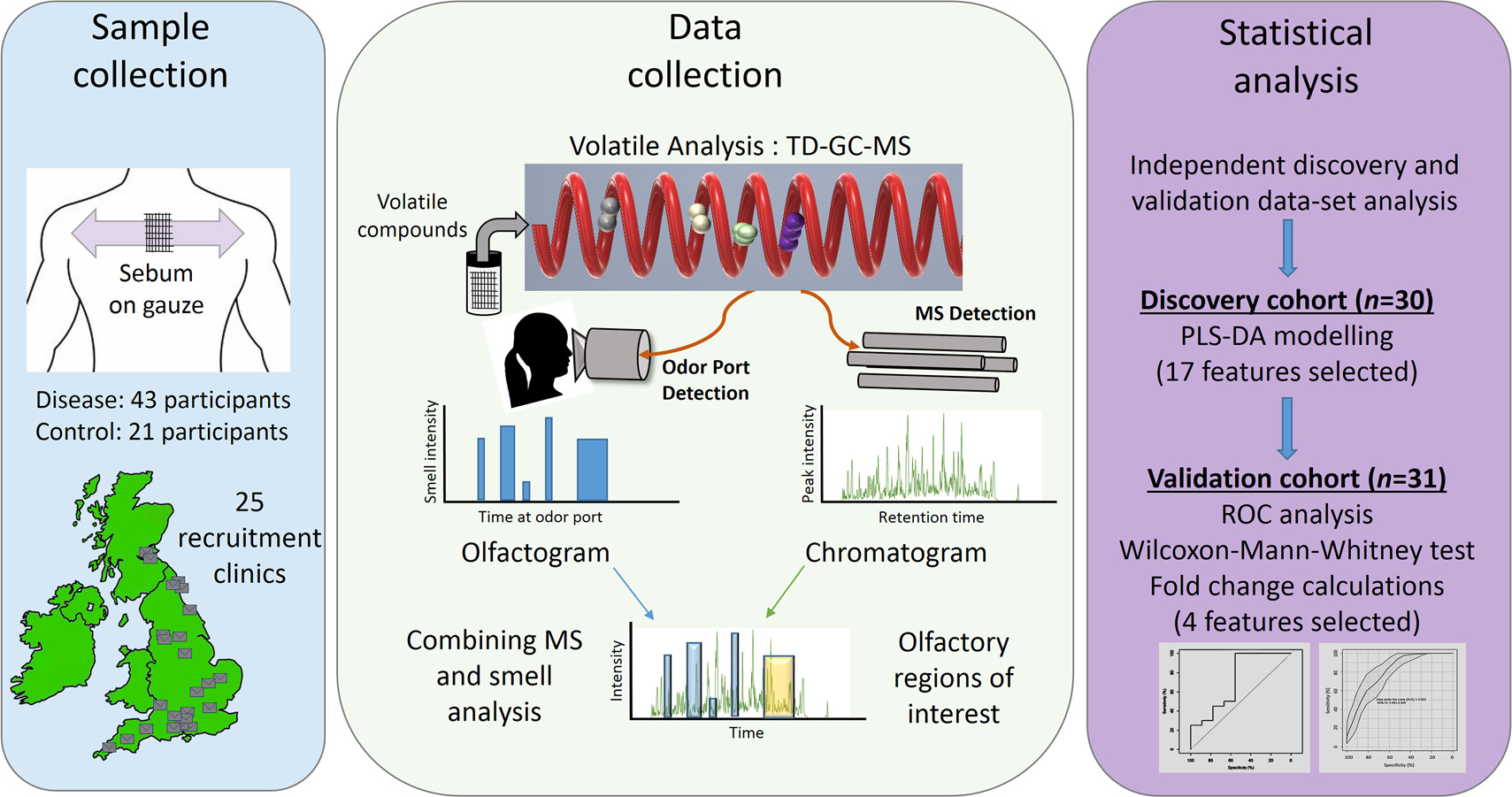 The director of the Michael Barber Centre is Prof. Perdita Barran.

Please contact her directly for information about the centre, and about available studentships.

Joy Milne was tested by researchers to see if she could detect people with Parkinson's through a tell-tale odour.

We also have industrial collaborations in the form of CASE studentships and grants with: